Many people prefer to watch the BBC Parliament channel because there are no ads shown. Overtime unsuspected viewers can become avid viewers, finding themselves engrossed on the subjects covered in the House of Common’s, their committee Rooms and the House of Lords.

It’s truly fascinating viewing, of which the last highlight was undoubtedly, the debate on the ex-Arsenal football team manager Arsène Wenger.

Watching the BBC Parliament channel can often be car crash TV; an embarrassment to be English, watching a group of elitists split up into a number of groups, pretend to take the interest of the voters in mind, while passing laws which only benefit themselves and their Masters.

Its argued by many cultural observers that distrust in politicians and democracy has never been more astutely dire as during the late 21st Century. Which made the third reading of the Stalking Protection Bill such a ray of sunshine; in an otherwise corrupted world of mindless legislation and statuary.

Presented to the House by Conservative MP for Totnes, Dr Sarah Wollaston, (and much applauded by the House for doing so); the Stalking Protection Bill is now on course to become Law because of cross party support and a collective responsibility of the House to protect victims and save lives.

The Shining Example of the House of Commons

As Conservative MP for Louth and Horncastle, Victoria Atkins said during the Stalking Protection Bill debate;

“This has been a shining example of the House of Commons at its best; we have cross party agreement; we know the direction of travel and the destination we want to get to; and we have had constructive criticism, questions and so on to help us to improve the Bill.”

Best summed up by Louise Haigh, the Labour MP for Sheffield and Heeley;

“I would like to start by congratulating wholeheartedly the honour member for Totnes (Dr Wollaston), who, with her characteristic diligence, perseverance and cross-party approach, has succeeded in uniting the House behind these important measures that will protect victims and save lives.”

Back to Nigel Huddleston who said, “Stalking is an insidious and dangerous crime with devastating consequences for victims and their families.” 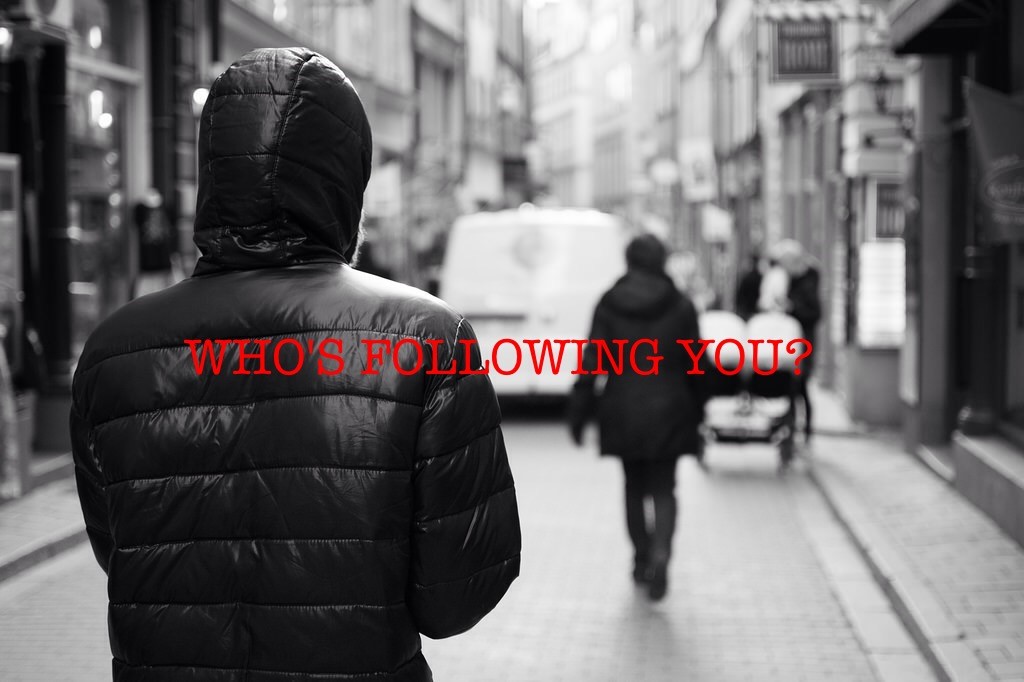 Stalking is on the rise and getting worse every year.

Classified a crime in only 2012, but yet with no conclusive definition, about 1 in 5 women and 1 in 10 men experience some kind of stalking behaviour in their adult lifetime; according to the Crime Survey for England and Wales.

It typically takes about 100 episodes of stalking behaviour for victims to come forward.

A recognised advantage of the Stalking Protection Bill is that it prevents stalking from getting out of hand, and crossing the threshold into criminality.

As Dr Wollaston explains, “The Bill will allow earlier intervention, rather than allowing that to become a deeply ingrained pattern that carrier on for decades. There is a possibility that, if we can intervene at an earlier stage, we can stop this behaviour in its tracks, and I think that that is an important aspect of the Bill.”

Stalking is a type of harassment characterised by Fixation and Obsession

“One of the Bills most important benefits is the fact that it transfers the onus to take action away from the victim, giving other bodies, the police and the courts, the additional tools they need to intervene in stalking cases at an early stage.”

Victims of this insidious crime describe stalking as murder in slow motion, looking over their shoulders and increasingly becoming prisoners in their own lives.

It affects people’s physical and mental health, leaving the victims feeling isolated and fearful for years and years. 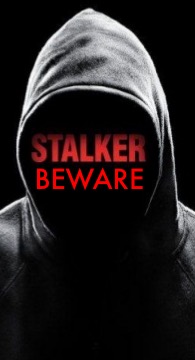 Sadly the number of murders continue to rise as a result of stalking.

As Alex Chalk, the Conservative MP for Cheltenham points out, “Before 2012, the concept of stalking was perhaps not taken terribly seriously at all, its was almost considered something of a joke.”

Soon every police force across the nation will have blood in their hands, through their inaction in taking stalking seriously.

Shana was later found dead, with her throat slashed. 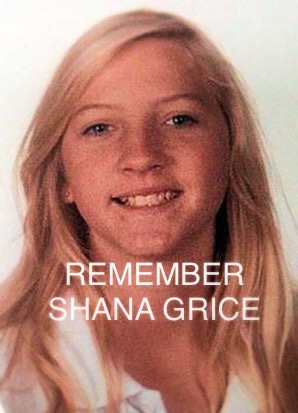 The obsessed ex boyfriend of Alice Ruggles, aged 24, slashing her neck, and watched her bleed to death in an act, described in court, as “utter barbarism.”

Susy Lamplugh disappearance remains an unsolved murder. She was legally declared dead in 1993.

As Luciana Berger the Labour/Co-op MP for Liverpool Wavertree sums up, “Stalking can consume someone’s life and be devastating, and it can have both physical and mental health consequence, so let us not forget the victims who have to contend with stalking through the country.

Like Dr Ellie Aston, for example, whose life was made a misery by a former patient who stalked her for 7 years.

In a moving piece of public oratory, Dr Wollaston shines a much needed light on the devastation left behind in the wake of this dangerous, insidious and wicked crime.

“That is an extremely important point. There is, of course, another group who cannot speak out: those who have lost their lives at the hands of stalkers. Some of the most moving testimonies that I heard when I was preparing the Bill have come from families who have been bereaved by stalking. I am thinking in particular of the family of Alice Ruggles. I pay tribute to all those people, and I am grateful to the Minister for meeting some of them at a roundtable. I think that we were both struck by their personal courage and bravery in trying to change a hideous experience into an attempt to protect others in the future, and I thank them all.”

With no specific definition of stalking included in the Stalking Protection Bill; (as a reflection of the changing fields and evolution of stalking), in Scotland stalking is covered under the Criminal Justice and Licensing (Scotland) Act 2010.

Section 39 specifically mentions conduct, especially the different kinds and modern forms of stalking. The conduct defined in that Act includes;

Dr Wollaston defends the decision to keep the meaning of stalking open-ended with the defence, “The number of avenues that are open has increased even over the last few years; and if we defined stalking too tightly, we might restrict future opportunities to head off stalking behaviour.”

Whether filming someone from outside their home, while at work, following them and monitoring their on-line lives; stalking is a tailored made crime imagined and acted upon by the perpetrators themselves.

Dr Wolloston has ensured that the stalker’s behaviour, is addressed full on within the Stalking Protection Bill;

“Another feature of the stalking protection order is that it has both positive and negative requirements. It is a bespoke order, so it can allow the court to include a requirement to undergo a psychiatric assessment or, if necessary, to take part in a perpetrator programme. I hope that the Minister will look into perpetrators programmes, and what we can do to ensure that more of them are available where they could help.”

The Stalking Protection Bill explores the reason why someone stalks, and has the tools to intervene in an early stage preventing the stalking behaviour from escalating and developing into more serious crimes, such as rape and murder.

What is the motivation to stalk?

The disturbing truth reveals the conviction rate of stalking, is barely the tip of the iceberg, of the stalking menace facing society today.

Raising awareness of stalking helps to encourage more people to come forward. There has been some encouraging progress. In the 2017-2018 crime survey for England and Wales, there were more than 10,000 recorded offences of stalking, almost double the previous number of 5,313.

[A point to be aware of, is that the increase is likely to be due to improvements in the recording of crime, rather than an increase in stalking.]

Jilted love; abandonment, mad at being ignored and rejected; only the stalker can tell you his or her reasons why they think their harassing and stalking behaviour is acceptable?

Of-course the tables can be turned on it’s head; a provision of which has been included in the Stalking Protection Bill to safeguard against.

As Dr Wollaston points out, “Others have suggested to me that a person who complains of being stalked may, in fact, turn out to be the stalker.”

Using the Orders in Inappropriate Circumstances

Dr Wollaston acknowledges, “There needs to be a very effective process for people to be able to come back and challenge the orders, and that, I think, is another important aspect of the Bill.”

Considered a low level crime by national police forces, the advice would have been to peruse their complaints through the Civil Courts.

Once a Civil Court injunction is breached, it then becomes a criminal matter, in which the State can intervene and commit the perpetrator to a custodial sentence.

MP Luciana Berger points to this during the debate, “We know already that there are too many people across our country who have to bring forward civil action at their own cost in order to contend with this challenge, which can take years of some people’s lives.”

The Stalking Protection Bill deals with this injustice; as Dr Wollaston said in the Commons;

“It means that someone else can come forward to apply for a civil stalking protection order on the victim’s behalf, rather than the victim’s incurring a huge amount of expense and trauma in trying to establish protection in their own behalf.”

This is a major breakthrough in the fight against stalking because it removes the element of cost from the ‘Justice’ equation.

On average any Civil action against a stalker, brought through the Civil Court system can cost anything from up to and between £40,000 – £60,000.

Of-course these astronomical costs is far out of reach to the general public, and is why the Stalking Protection Bill is such a much needed Law in Society’s arsenal against crime.

It is a shining example of the House of Common’s working together to protect victims of crime and saving lives.

“Stalking is a really horrible crime, which is much more common than people realise,” said Dr Wollaston, as her Stalking Protection Bill progressed into the nation’s Law book’s.

“This Bill is so important, and it will undoubtedly ensure better and earlier protection for victims of these terrible crimes.”

Praise for Dr Wollaston from the Speaker;

“We are immensely grateful to her. She has been the epitome of succinctness, which serves as a useful model for other colleagues.”

Stalking is an Insidious and Wicked Crime

The Houses of Common’s and its politicians, (championed by Dr Wollaston), should be proud of themselves today for bringing into Law the Stalking Protection Bill.

It is a testimony to cross party support, collaboration and duty to the public.

With the early prevention element of the Bill; it ensures a Law which has the tools to squash any sign of harassment and stalking in the bud.

It also stops corrupt and manipulative individuals from misusing Laws to silence their critics, curtail Human Right Freedoms and hide their own criminality.

The country should wholeheartedly welcome the Stalking Protection Bill into Law, and salute all the politicians and other parties, involved in it’s progress through-out the House of Commons.

Giving credit where credit is due… 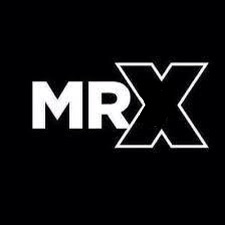 Introducing Mr.X from MrX on Vimeo.